The Best Herbs For Detox 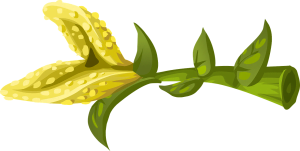 People in developed countries such as Europe and the USA are in need of body detoxification more than you might suspect. Many of the foods we eat are loaded with preservatives and many vegetables are grown outside of the country with pesticides that aren’t really healthy for you. The air we breathe and our general environment is also filled with toxins.

There are many ways to detoxify the body, including eating detoxifying foods, fasting for several days and using herbal detoxifiers.

Herbs are some of the most wonderful and medicinally useful plants in nature. They have been used for thousands of years in Traditional Chinese medicine (TCM) and are still widely used in modern times for a variety of ailments and health conditions.

If you like the idea of using herbs that naturally detoxify the body, you should look at the following list of herbal remedies that have a long history of effectiveness against body toxins. One note: you can’t use herbs to counteract the effects of a bad diet.  You need to eat healthy, unprocessed foods to add to the detoxifying herbs.

Many of these herbs have been shown to detoxify the body for thousands of years, primarily in Chinese medical circles. They have been used in many different cultures all over the world.  Some have had research studies to back up their effectiveness in managing many different symptoms.  These are the herbs you should try:

•    Dandelion.  The entire dandelion plant is a detoxifying herb.  It helps keep the body hydrated and is used to regulate the bowels.  The root is especially good for detoxifying the liver.  Some herbalists feel that dandelion is also excellent for enhancing the effectiveness of the immune system.
•    Milk thistle.  This herb has been used for more than two millennia to help the gallbladder function better.  Bile is produced in a greater amount and this helps digestion.  The liver is also helped with organic milk thistle.  When we digest better, our gut and the rest of the body is detoxified to a greater extent.
•    Acacia gum.  This is a product made from the sap of an acacia tree and has been in use for centuries as an agent against diarrheal symptoms.  It bulks up the stool and helps improve the absorption of electrolytes.  It is sometimes added to other herbal remedies to help them work better.
•    Wormwood.  Wormwood has relatively recently been reinstituted into the United States after a brief ban because it was used to make absinthe.  In medical folklore, it has been found to help digest foods better, while ridding the body of infections from worms like roundworms and pinworms.
•    Cilantro. Cilantro is one herb that can be sprinkled in sauces and salads to be used for detoxifying the body.   It especially rids the body of toxic heavy metals found as contaminants in food and water.  There are numerous recipes out there that include cilantro as one of its ingredients and you can search the web for them.  It has the ability to draw out toxins from the liver and other tissues for better health.
•    Black walnut.  Black walnut contains three active ingredients, juglone, iodine, and tannins.  This nut is used as a natural defense mechanism against disease, as a fighter against dangerous organisms and as a way to prolong life through better health.  It has been used primarily in Europe since the 17th Century.
•    Peppermint.  Peppermint is naturally soothing and helps the body fight off cough from colds and flu as well as sinus irritation and sore throat.  It fights off unwanted organisms and acts as a lung detoxifier.
•    Alfalfa Leaf.  Alfalfa leaf acts primarily against infections.  It helps stimulate the appetite and can help heal ulcers of the stomach.  It has been known to be a helpful herb for many centuries.
•    Stinging nettle.  This is an all-encompassing detoxifying herb that resists bacteria, helps reduce blood pressure and acts as an antioxidant.
•    Eucalyptus.  This is an herb that can help detoxify the lungs through better expectoration, anti-viral properties, and antibacterial properties.  It is used topically as an ointment that can reduce chest congestion and stuffy noses.
A qualified herbalist can be a great asset in herbal detox methods and can guide you to the best combinations and methods. A qualified expert is also recommended for safety

Tagged with: Best Herbs For Detox 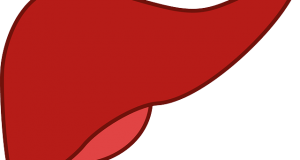 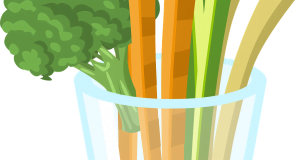